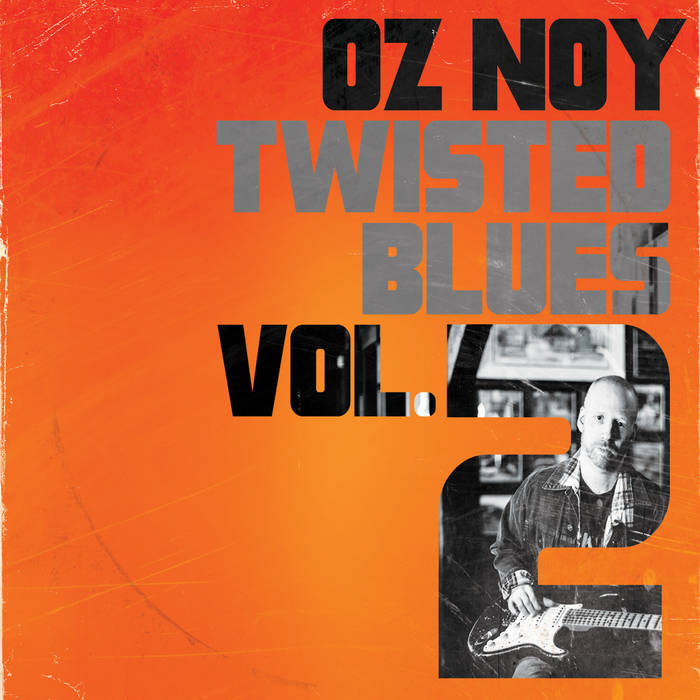 Josh Woodley Oz Noy smashes it out of the ball park with this album. Every guitar player must, MUST listen to this guy.

Peter Falk Oz Noy is one of the most inovative guitarists I've heard. He has created uniqe style of music that is his own. This is his latest release and it's a moment of great music that must be experienced. Also listen to his other records. I promise that your music world is taken to a new level.

<p>Blues is the root, the foundation – the undercurrent churning beneath nearly all strains of popular music. “It’s a vocabulary you have to have in order to play really anything,” explains guitarist and composer Oz Noy. “If you don’t understand the blues, I just don’t think that what you’re playing will sound as good.” By tapping into that elusive blues feeling and exploring its potential to inform and enrich a variety of musical settings, Noy has emerged as a compelling new voice in a crowded field. The resulting music is simultaneously refreshingly inventive and grounded in a deep, soulful tradition.
<p>“I’m a jazz player,” says Noy, “but with a blues, rock, and R&B background. To me, blues and bebop are the glue to good music.” Noy’s latest album, Twisted Blues Volume 2 (Abstract Logix), continues to mine the blues-tinted vain first tapped in the widely acclaimed first volume, which was released in 2011. While some of the same players from volume one are back on board, these entirely new sessions also introduce an array of special guests, some off-kilter yet undeniably funky rhythmic concepts, and the sort of fiercely unguarded, daring improvisational maneuvers that Noy’s growing following have come to expect.
<p>To realize his expansive vision of a blues-based music that still embodies the power of rock and the exploratory zeal of jazz, Noy has called upon an impressive roster of supporting musicians and fellow soloists. Featured rhythm section players include hard-grooving bassist Will Lee (of Late Show with David Letterman fame), drummer Chris Layton (of Stevie Ray Vaughn and Double Trouble), master contemporary jazz drummers Dave Weckl and Keith Carlock, and veteran blues-rock bassist Roscoe Beck. Reese Wynans, another Double Trouble alum, shares organ duties with jazz maverick John Medeski and New York-based funk musician Jerry Z.
<p>
In addition to these players, Noy cedes the spotlight to several legendary artists, each of whom thrive in Noy’s signature hybrid style. The unmistakeable touch and tone of Texas guitar icon Eric Johnson elevates the elegant, horn-flecked 5/4 swagger of “EJ’s Blues.” Allen Toussaint, one of the architects of classic New Orleans soul, contributes his trademark rippling piano to the aptly named “Slow Grease,” while Warren Haynes (of Gov’t Mule and the Allman Brothers) goes toe to toe with Noy on the surging shuffle of “Blue Ball Blues.” “Rhumba Tumba” is based on a languid Caribbean-via-Crescent City groove, and features a performance by Chick Corea on Rhodes that is as notable for its surprising rhythmic background figures as for its exquisite solo statement.
<p> As a producer, Noy gives Twisted Blues Volume 2 coherence and depth, ensuring that the varied personnel involved add color and resonance without detracting from his core concept. “I chose all the guest stars carefully,” he explains, “to fit the songs and put their personal touch on the songs. People like Allen Toussaint and Chick Corea have a magical vibe, and once they’ve played on a song, it adds a whole new dimension to it.”
<p>The universal yet infinitely malleable feeling of the blues provided instant common ground amongst the musicians. And Noy puts his own distinct stamp on the proceedings both via his searing fretwork and his deft touch as a composer. His tunes, while immediately accessible and listenable, also offer uniquely personal quirks and prove to be dynamic springboards for improvisation.
<p>Noy honed his playing in a variety of settings, beginning in his early teenage years with jazz, blues, pop, and rock outfits in his native Israel. Equally enthralled by musicians like Stevie Ray Vaughan, Jimi Hendrix, Bud Powell, and Charlie Parker, his precocious
talent meant that, by the time he was barely 16 years old, he was performing alongside some of the country’s finest singers and musicians. In his twenties he was firmly established among Israel’s top session guitarists, and for over two years was seen nationally as a member of the house band on the most-watched Israeli television.
<p>Oz was recognized by Guitar Player magazine’s annual readers’ poll as “Best New Talent” (2008) and “Best Out There Guitar Player” (2013).
<p> Available May 20, 2014, Twisted Blues Volume 2 is Noy’s sixth album and his second for the Abstract Logix imprint. It’s sterling testament to his continued growth as a musician and composer, while affirming his ongoing commitment to clarity, groove, and grit of the blues. “I don't like complicated music,” he concludes with a smile. “People mistakingly think my music is more difficult then it really is because there are some twists and turns in my writing. But in reality, the improvisation is always on straight R&B or blues grooves. The challenge is to get your own voice into it.”

Bandcamp Daily  your guide to the world of Bandcamp